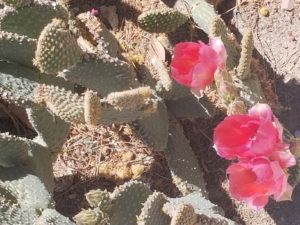 I facilitate a grant funded class at the Gibson Library in Henderson, NV, called Fiction Writing through Prompts. They added the word “Writing.” We spend a bit of time learning about a literary device–today’s device was diacope–and then we spend 20 minutes writing to a prompt from Kitely’s excellent book, The 3 AM Epiphany. Today’s prompt was about lists, creating a list that through the list, without much narrative, tells a story. As usual, there was a mix of autobiographical and fiction that came out in the moment. One participant remarked about how well she felt she got to know so many in the room because of the assignment and that helped bring on my own feelings of gratitude. Another new writer sought advice after the class. The librarian who wrote the project grant was pleased because the room, once again, was rather full.