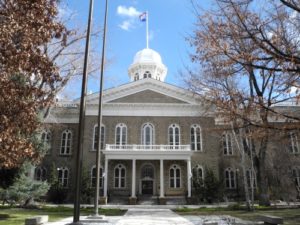 I’m so pleased the midterm elections are over. The robo calls, which we all hate, are done for awhile. And, we’ve narrowly returned a bit of checks and balances to the three branches of government. I’m not sure what good it will do, but it’s there again and so important.

It’s really cool that lots of queer leaders have been elected around the country and that we’re sending lots of women to the house, plus native Americans, Muslims, and brown skinned people. The House should look as much like America in diversity as possible. All voices should be represented and it we’re getting a much better taste of that. That makes me happy.

Nevada turned very blue in this midterm, so I’ll be interested to see how that alters the direction of the state. We’ve got a solid blue foundation here in Southern Nevada and when we turn out, we change things. I’d love to see some more serious talk about moving the capital down here to where the bulk of the state’s population resides. But, that remains just talking about an idea.